Latest uncovering from suburban Melbourne - a Marmite sign from 1939-40

The other day, signwriter Tony Mead alerted a few of us to yet another fabulous building works uncovering, this time in Caulfield.

Here are my pics from this afternoon: 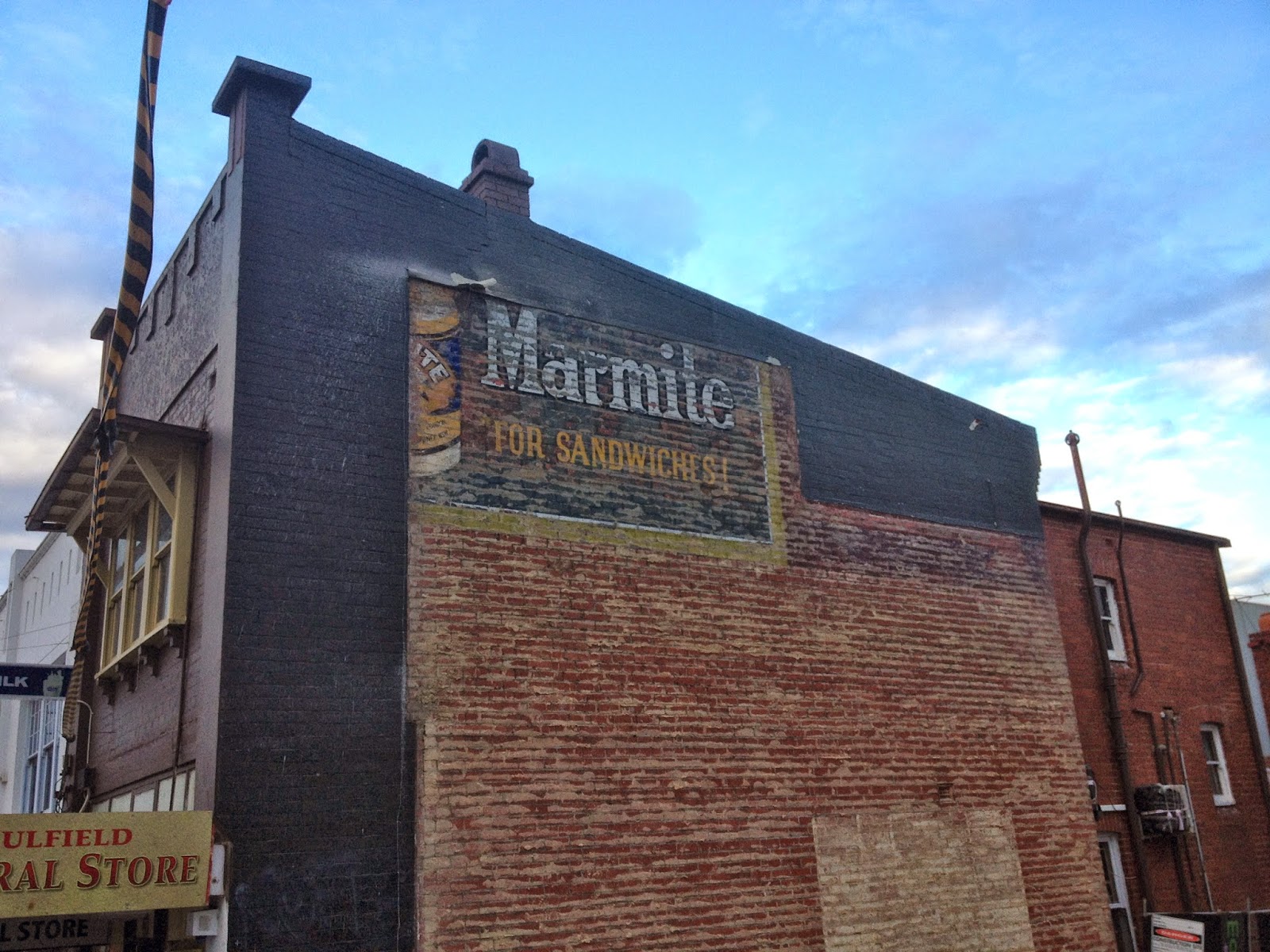 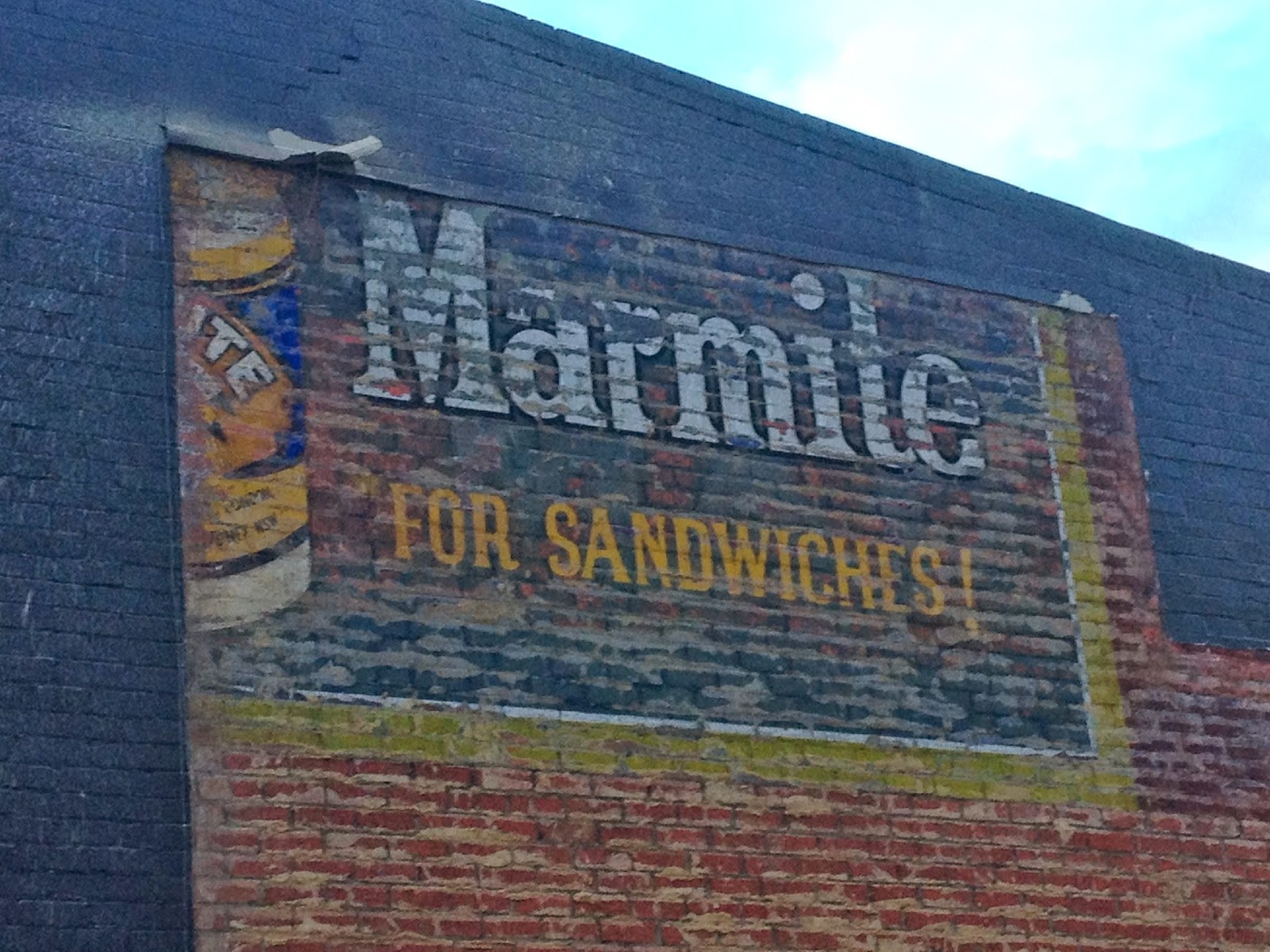 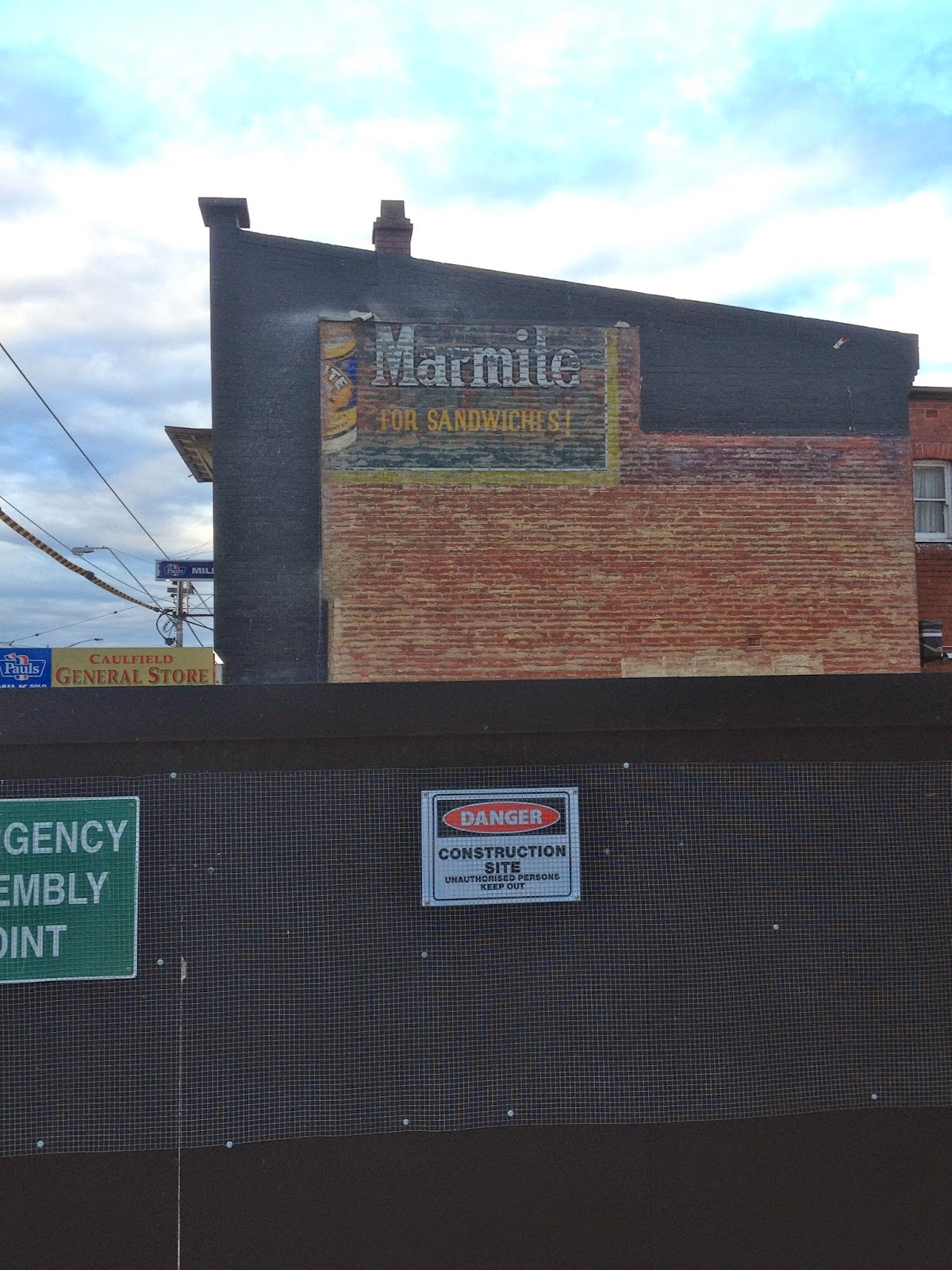 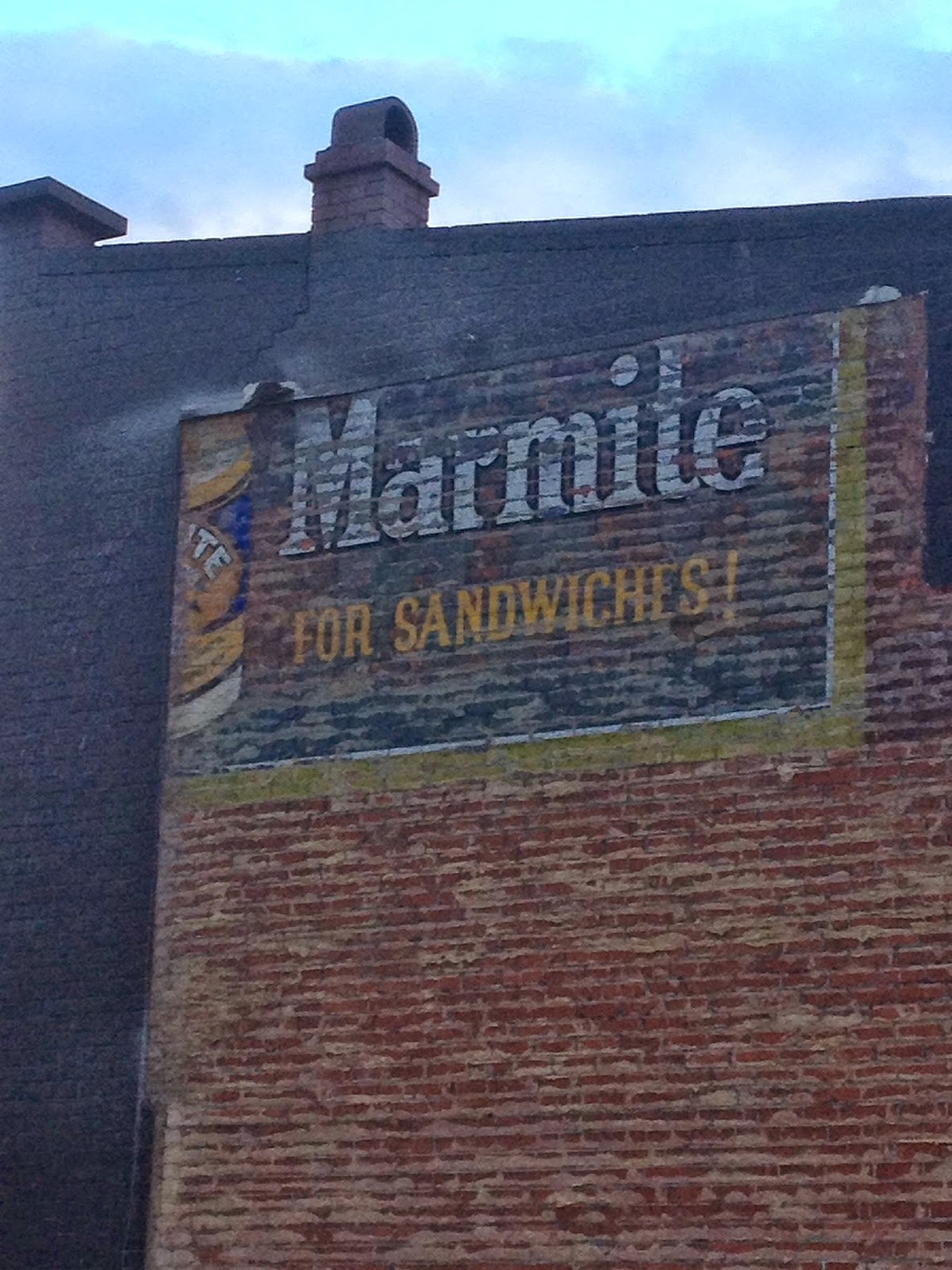 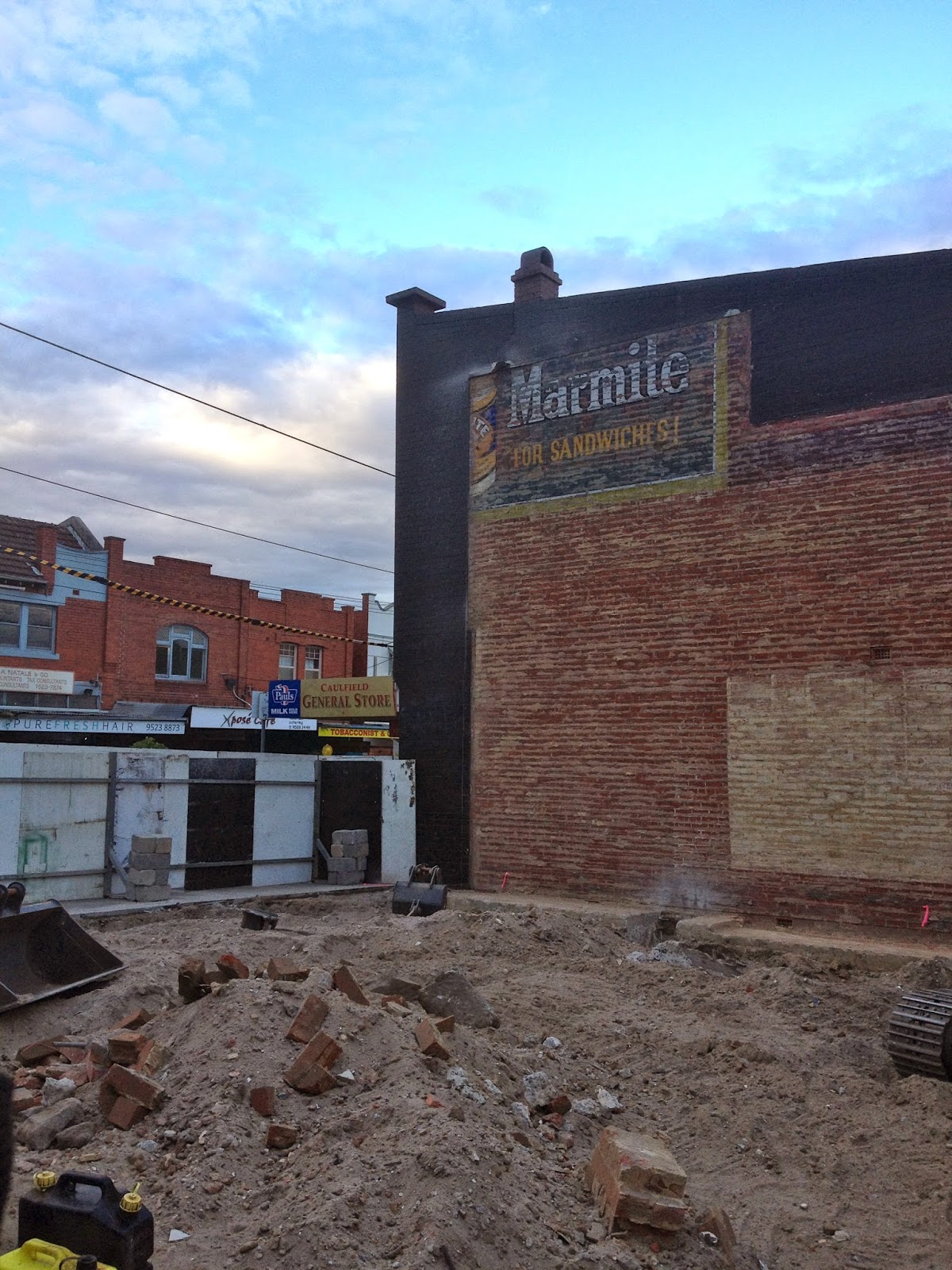 Tony comments that: "I can pretty much date that sign at 1939 -40. It seems to show the Australia Sanitarium Marmite jar which came out in a 4oz size in white “milk glass” with a paper label and tin screw top lid." Here's an old ad that Tony found: 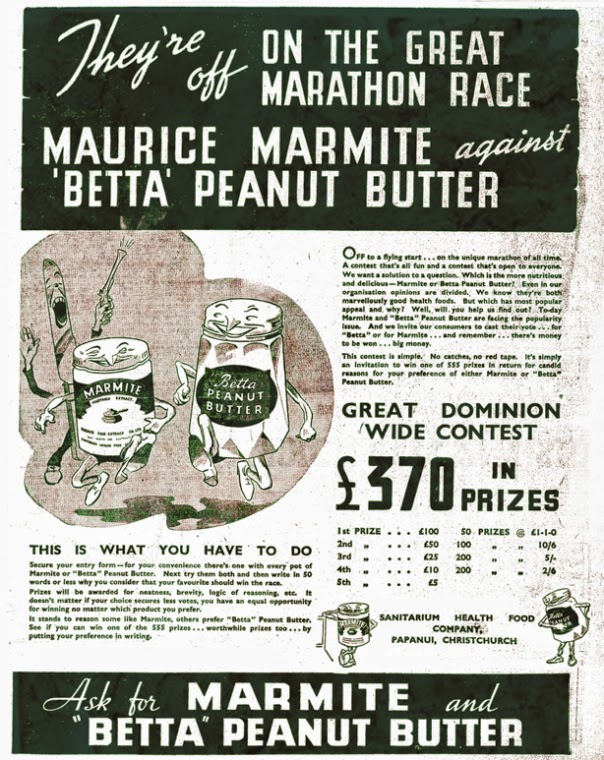 "Maurice Marmite" is a yeast extract spread first made and sold in the UK in 1902. Our friend Maurice arrived in Australia and New Zealand in 1908, when the Sanitarium company obtained the rights and ended up manufacturing Marmite in New Zealand.

Marmite's competitor Down Under, the Australian icon Vegemite, was first produced in Melbourne in 1922. Wikipedia tells us that Vegemite experienced "growing competition" from Marmite from 1928 to 1935, with Vegemite temporarily changing its name to "Parwill". Why? To "make use of the advertising slogan 'Marmite but Parwill', a convoluted pun on the new name and that of its competitor", as in: "If Ma [mother] might... then Pa [father] will."

In the long run, though, the intense competition this ghost sign signifies was won by Vegemite, which is still made in Port Melbourne, and now "far outsells Marmite and other similar spreads in Australia".

For some proper photos of the Marmite sign, see John Hunter's site: http://jalbum.net/en/browse/user/album/1494350