Melbourne is well known for its coffee culture and its ghost signs, so it's not that much of a surprise that the two have met in recent years.

At least two cafés are operating in premises that have uncovered ghost signs on their walls - and have left the signs there to their advantage.

In fact, one, Mr Morse - just next to the railway bridge in Johnston Street, Abbotsford, has named itself after the large early 20th century Mr Morse's Indian Root Pills sign uncovered on a former external wall: 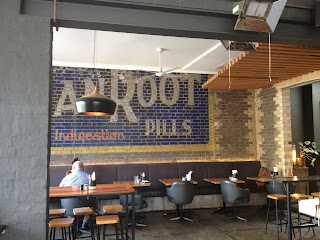 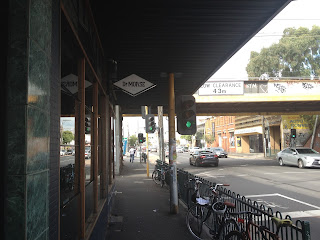 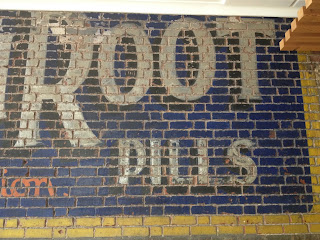 This sign is part of an intense marketing push by the Australian purveyors of a snake oil remedy originally from the US - as seen by many other large cobalt blue Indian Root Pills signs around the district, including the famous chicory kiln in Bacchus Marsh (below) and various other Root Pills sign uncoverings (see: http://findingtheradiobook.blogspot.com.au/search?q=root+pills). And for more details on Dr Morse's elixir, see the great Melbourne Circle blog for a fascinating history of the Indian Root Pills brand: https://melbournecircle.net/2015/05/09/layers-of-ghosts-on-abbotsford-street/ 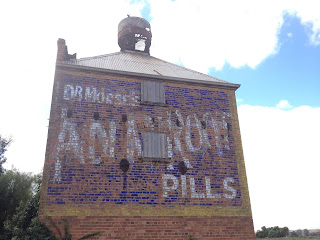 The second café is in Lower Heidelberg Road, Ivanhoe. Signwriter Larry Stammers alerted me to this great place after we met at a State Library talk recently. Funnily enough, when I went to take these pics recently, Larry was there having lunch. Again, the sign was painted on a former external wall. We wondered what oat company it might have been - possibly Uncle Toby's - there's a large faded ghost sign in St Georges Road in North Fitzroy that though very different in other ways has a similar curved swirl (any suggestions?) 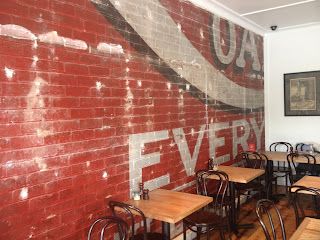 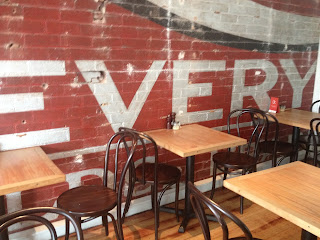 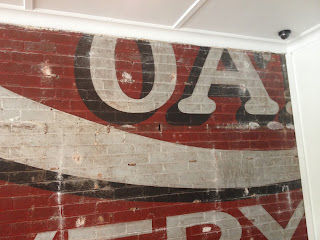 This wall has an extra level of political interest too. Public external walls were used in much the same way that billboarders use construction sites and derelict buildings today - places to publicise events with posters. (See here for another example of posters being uncovered through building works: http://findingtheradiobook.blogspot.com.au/2013/12/spectacular-lewis-skinner-uncovering-in.html). This wall has a spectacular trace - a 1934 election poster for a candidate for the United Australia Party, the predecessor to today's Liberal Party. It's been nicely preserved on the wall: 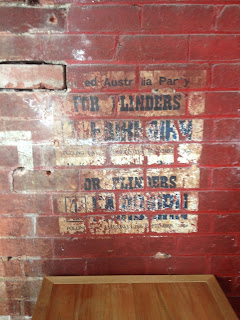 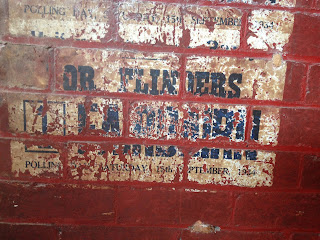